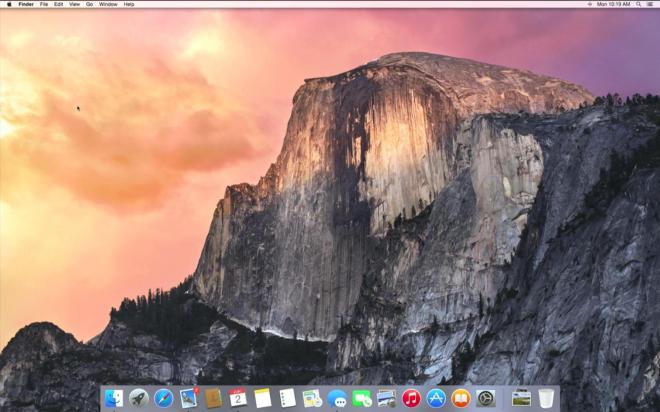 On Monday Apple announced a new operating system for their Mac Computers. It is called OS X Yosemite and it will be released this fall for free. Apple introduced a number of new features that will be included. One of those features is better communication between the iPhone and the Mac. For example, it is now possible to answer or make a phone call from a Mac Computer. It is also possible to send and receive text messages on a Mac. Another cool feature is something called Instant Hotspot; Instant Hotspot allows a person’s Mac to connect to the internet through their iPhone.

The new operating system also has a new design. It is more transparent and easier to see through the toolbars and windows. The notification center has been redesigned making it easier to quickly access widgets such as the calendar, the weather and the calculator. Spotlight has also been redesigned; it looks more like an application now.

A lot of the applications have been updated as well. For example, the Mail application now allows a person to send large attachments easily. Safari has also been updated and it looks like Apple is taking a page from Google’s textbook. The search has been updated to show suggestions from Wikapedia, Itunes and Bing. According to Apple, Safari is more responsive and more energy efficient then Firefox and Chrome.

I like how Apple is making communication between the iPhone and Mac better. I am also excited to try out the new and improved Safari. It will be interesting to see how it compares to Firefox and Chrome. I currently use Google Chrome and I think that it is the most responsive. To sign up for the OS X Yosemite Beta click here.